Today at 9 AM, the Cooper City Kiwanis Club participated in the "Growing Gold" 50th Anniversary Event at Christie Schafale park on SW 87th Avenue, at the entrance of Timberlake. Everyone who came and volunteered, helped in planting Marigold's in the design area in front of the park sign. 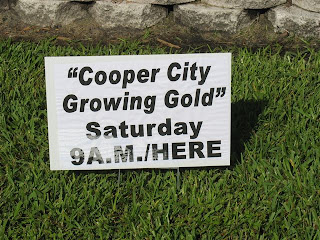 President Elect Lydia Kruger helped to rally the troops. Lydia was there bright and early 'barking orders' at all of us ;) Now, the Kiwanis Club of Cooper City is ready to clean up Christie Schafale Park and plant marigolds. 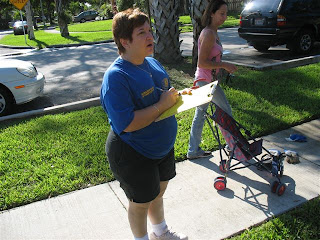 Lydia's first task was to get us to wake up and pay attention, so that we could get a group photo. Man, did it get hot out there really quick! 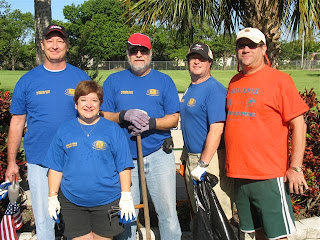 Even the kids in the neighborhood showed up to help! In fact, helpers of all ages showed up! 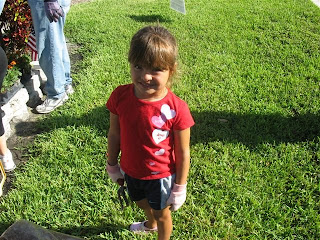 Lydia's next directive was to get another photo 'just in case'...What a beautiful park! While we planted the Marigold's Bruce Blittman cleaned all of the visible trash from the park, and to our surprise, it was spotless! 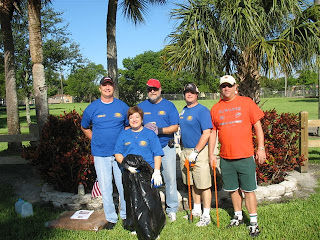 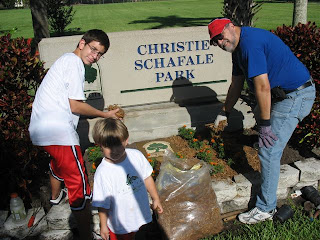 Joe Baron and I laying down the mulch over the dirt. Lydia is still in the background running the show, and taking detailed notes as to who was naughty and nice... 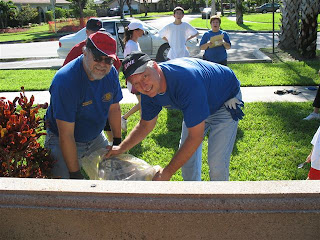 John Sims is no stranger to hard work! 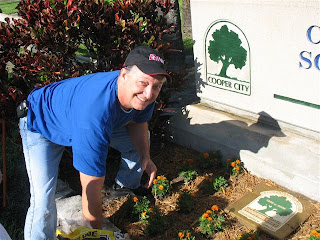 Partial results of our hard work, and what a beautiful morning it turned out to be... 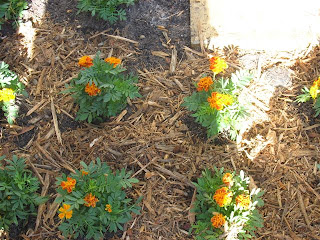 Christie Schafale Park is sadly named after a Cooper City High School teen and good friend who lost her life on a ride at the Broward County Fair about 20 years ago. We have helped beautify the park named in her memory. 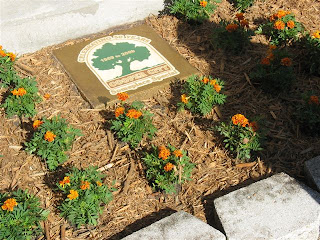 The end result...A beauitful dispaly of Marigold's at the entrance to Christie Schafale Park to celebrate Cooper City's 50th Anniversary and the "Growing Gold" campaign. 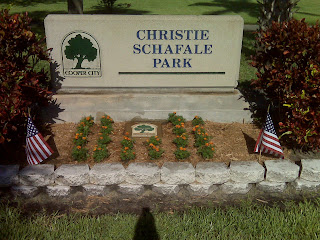 I would like to thank all who volunteered on behalf of the Cooper City Kiwanis Club. Thanks goes to Steve Cummings for the photos and quotes, and a very special "thank you!" goes to Lydia Kruger of Shirts R Us of Hollywood, Inc. (954-964-6800) for supplying the Kiwanis Club shirts. Thanks Lydia!