Cooper City's Autism Awareness Day brought out many families and neighbors with autistic children to the Cooper City Fire Station on Saturday May 9th from 11 AM to 1 PM.

The event was planned as a gathering of residents and neighbors with autism and with BSO police and fire department personnel. 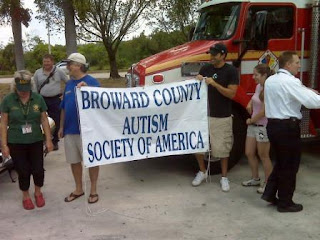 The event had a few goals, one which was to introduce members of the autism community with Cooper City's BSO law enforcement personnel, the BSO fire department personnel along with city employees, and two, to educate the general public, city employees and BSO police and fire personnel about the special needs and behaviors of those with autism spectrum disorder. 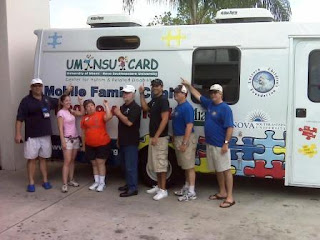 The UM-NSU Mobile Family Clinic vehicle was in attendance which facilitates preliminary screening assessments for the disorder. What a nice vehicle and program that was!
We are all very grateful to Mr. Bruce Blitman, Esq., for the hard work he put into making this event a success. Mr. Blitman is a Certified County, Family and Circuit Civil Mediator, a Qualified Arbitrator and Umpire. He is also a constituency board member of the University of Miami -Nova Southeastern University Center for Autism and Related Disabilities. 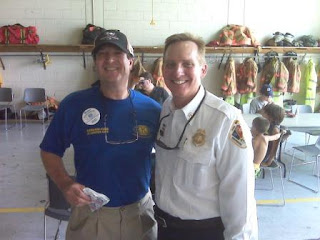 Mr. Blitman informed all of us that the Broward County Autism Society of America, which had a great assessment program at the function, recently completed training with BSO police and fire personnel to help them understand and recognize common behaviors of the autism, in order to further promote public safety.
Since 1965, the Autism Society of America (ASA) has been a leader in serving people with autism, their families and the professionals. ASA supports research that will help families living with autism. 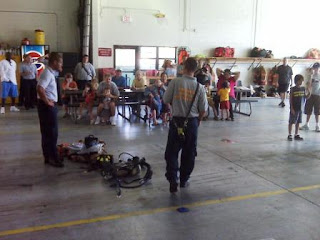 Demonstrations and displays were performed by BSO police and fire personnel regarding their duties and how they interact with the public on a daily basis. We all learned a great deal from the presentations that were given. 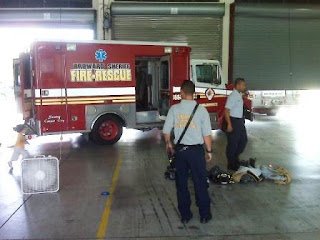 BSO police and fire personnel from the Cooper City District were in attendance. There was also plenty of food, fun and cold drinks. 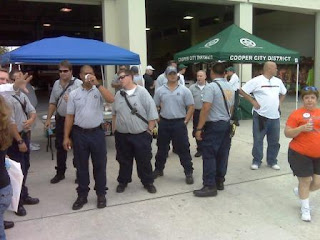 In addition to the Broward County Autism Society of America sponsoring the event, the Cooper City Kiwanis Club was also a sponsor, and lots of volunteers there to help out throughout the festivities. A big THANK YOU goes out to the Cooper City Kiwanis Club volunteers which included not only Bruce Blitman but also Steve Cummings, Lydia Kruger, Mike Kadel, Linda Victor, and others. 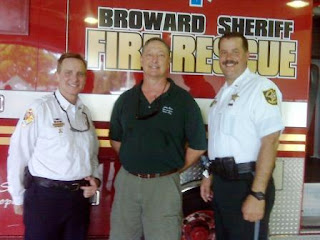 I enjoyed learning about the local awareness programs that are in place and the recent success in treating the disorder from BSO Fire Chief Richard Sievers and BSO Police Chief John Hale. From what I have learned, Autism is indeed treatable. Children do not "outgrow" autism, but studies show that early diagnosis and intervention lead to very significantly improved outcomes. 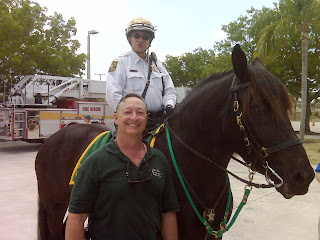 I fully support and congratulate the Broward County Chapter of the Autism Society of America, Cooper City Kiwanis Club, and Mr. Bruce Blitman for their fine volunteer work and donations of time, sweat, food and supplies during this event. I am certain that next year’s event will prove to be an even greater success!
Posted by John Sims at 9:26 PM