Cooper City Info: You call that a Commission meeting? 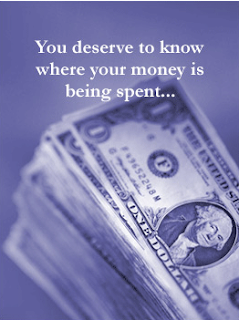 Last month's July 20th budget workshop and July 21st Commission meeting was an absolute disgrace. It was unprofessional, an embarrassment, it was deliberately confusing, it was uncalled for and it was a deliberate attempt by the commission liberal majority (Eisinger, De Jesus, Curran) to continue to silence residential critics of our Commission.

The main motion before us was never properly discussed and voted on due to the blatant politricks, bias, inconsistencies and lack of leadership by our Mayor and her long time friend (who she conveniently forgot to disclose) David Wolpin.

The manipulation of the agenda item (7) in question, which was to allow public commentary on any issue during citizen's concerns, was a deliberate attempt to continue to quiet the citizenry clothed in an attempt of the majority to be on the right side of the 'free speech' issue. Nothing could be further from the truth.
The response by the Mayor that 'we are following the rules' when she didn't agree with certain comments and issues, and when she didn't correctly allow points of order and points of information by members of the Commission, was merely an affront to the proper process and was merely political posturing to validate questionable practices and questions of ethics maintained by the Chair, supported by Commissioner De Jesus, Commissioner Curran and the city attorney, rather than a valid explanation of the actions and proper controlling rules, policies and procedures previously enacted.
Simply and frankly put, the Mayor doesn't know the rules, and seems to make them up as she traverses through a political maze of looking like she is doing the right thing while laughing behind our backs.
The inconsistencies, bias and lack of leadership by the Chair has become a detriment to our city's future and is becoming a detriment to the operation of city business. Never before have our city business meetings become so contentious, raucous and controversial as under the Eisinger 'leadership' model. A house divided cannot stand...
As such, we cannot stand by and watch our hard earned tax dollars be stripped from us in a recession, for pork, political and pet projects under the guise of ‘spend it or lose it’. And those that think they can do that have no business running this city. It's not about a $5 dollar or $25 dollar tax or millage increase, it's about the $5+ Million dollar expenditures of a few items and budget departments that are not absolutely required needs, but the wants of a few. It's called political payback...or is it 'kickback'?
It's no wonder the Mayor and Commissioner De Jesus were concerned when I called for a forensic audit, and mentioned it in my recent Davie and the Ranches Article. They either don't know that the purpose of a government forensic audit is to expose risk and liability, not fraud or they are worried about exposing some type of impropriety. Exposing fraud is the job of law enforcement, yet the Mayor tried to lead everyone to belive that I was accusing her and/or the Commission of fraud, and she did so in a false light. One can only deduce that she has a guity conscience.
I, for one, will not stand by and watch this great city destroy itself under a mediocre and biased leadership, that drifts from one political issue to the next without complete resolution of the major issues, while eroding our basic purpose in life...freedom from government rule, freedom from party politics and excessive taxation, while eroding the sole purpose of government, health safety and welfare of our community.
We’ve trusted but one person to do what’s right for all of us, our new City Manager. My view of government does not place trust in one person, or political party. My trust is placed in our core values we all share that transcend individual people or party politics.
Government has never been more untrustworthy, and has never more dangerous, than when our desires blind us to its great power to harm us under the guise of a ‘valid municipal purpose’.
We’ve had a terrible smelling economic stew brewing in Cooper City. We now have cooking, a new and indigestible concoction that consists of inflation, recession, high unemployment, runaway taxes, deficit spending, Pension costs that may eventually bankrupt us, all improperly seasoned with a growing and unstoppable energy crisis and topped off with unnecessary ‘feel good’ programs in order to boost political posturing that have all taken priority over the health, safety and welfare of our community.
It’s a brew that turns my stomach, as it should yours. Our city government has become more biased, unfriendly, questionable, overgrown and overweight under the Eisinger regime, and it is time that our city government goes on a strict spending diet.
Tax decreases should not be opposed by only a tiny minority in our city, and on our city commission, as opposed to true fiscal responsibility and responsible growth in the right direction for our city’s future.
We cannot look to tomorrow or next year. We must look to 3, 4, 7 or 10 years from now in order to keep Cooper City “Someplace Special “for our children and families.
We all need to apply and demand common sense and increased fiscal responsibility to our city government like we all must apply in our daily lives now. We must not only demand it now, we must all hold city hall fully accountable.
Families cannot support our necessary health, safety and welfare programs unless we have jobs, and we can’t create or keep jobs by raising taxes and from increased, unnecessary spending.
We must restore the city's spending habits that are just, proper and necessary rather than wants instead of true needs, to our budget.
I want you to hold our government accountable. I want you to hold the City Commission and City Staff accountable. I want you to hold me accountable.
You, the citizens, own our government. Now, it’s time to take control of your city's destiny and make it work for our benefit!