I recently attended ‘Broward Days’ at the state capitol in Tallahassee, along with the entire Commission and the City Manager, which provides a venue for the citizenry and focuses on issues that matter and directly affect all of us at the state legislature. Broward Days hosts monthly meetings and promotes receptions and workshops dealing with appropriations, Sunshine Law, and advocacy in Broward County, and also publishes a magazine distributed throughout Tallahassee and Broward. Broward Days also coordinates the annual two-day state legislative issues forum at the state capitol at Tallahassee, Florida. With less and less tax money coming to the state for supporting health, safety and welfare issues, it's not going to be easy getting anything out of the Florida Legislature this year, especially if it involves any substantial sums of tax dollars.

Broward Days has become a voice to be reckoned with in Tallahassee with teams posturing on positions regarding various legislative issues. Broward Days is the local county organization that melds residents from the business world with those in government and politics, and attempts to present united, bipartisan leadership. Broward Days is one of the largest, most diverse and focused organizations of its kind, with over 600 actively involved participants and sponsors serving as a voice for your valued concerns in Broward County.

Here is the meeting itinerary that I had planned out, and what I accomplished while attending Broward Days this year in Tallahassee... 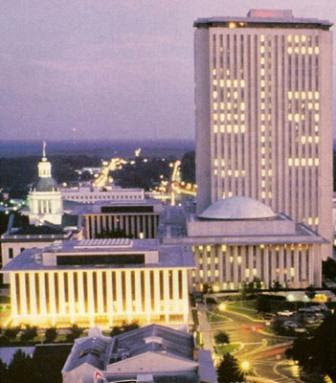 I arrived on Monday afternoon and after checking in, I greeted Governor Charlie Crist while he was at the Florida Hospital Association press conference, then I took a quick tour of the old Capitol building before they closed. 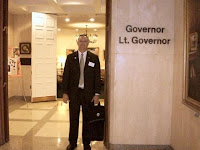 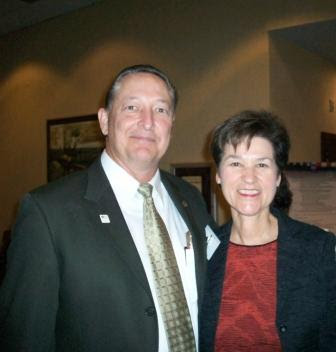 At 11:15 a.m. I met with Chief Financial Officer Alex Sink regarding the Cooper City Comprehensive Annual Financial Reports (CAFR) and Monterra Community Development District Annual Reports. We also had a very productive meeting and clear direction was given to me regarding some of my constituents concerns regarding the CAFR and Monterra financials and issues to address. 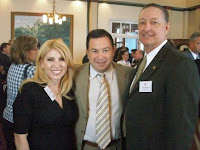 At 12:30 p.m. I attended the Buffet Luncheon & Welcome at the Governors Club and was able to privately speak at length with Hon. Senator Jeremy Ring, District 32, State Senate, and Chair of the Broward Legislative Delegation. We then listened to Hon. Bill McCollum, Attorney General of the State of Florida, give a synopsis of the plan of action regarding his fight against child pornography and internet child predators. Attorney General McCollum also highlighted his plan of action on other priorities including developing a statewide gang reduction strategy; consumer protection; combating Medicaid fraud; improving the state’s security against terrorist threats, and fighting crimes against the elderly, especially identity theft. 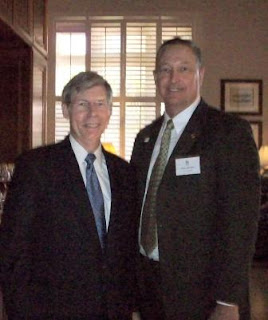 At 2:00 p.m. I was able to privately speak to Attorney General McCollum at length regarding public records, public records requests, open government initiatives and issues along with his direction on my constituents concerns regarding these issues. I certainly let him know that he has my full and unwavering support on these issues, and his initiatives, particularly the street gang reduction issue, consumer protection and child safety initiatives that he espouses.

At 2:30 p.m. I attended the Panel at the Governors Club on Florida's Economic Recovery. They provided their current assessment & future proposals. In attendance were Karen Woodall, Florida's Center on Fiscal & Economic Policy, Deborah Wilkinson, Broward County Office of Economic Development and Florida Economic Development Council, Mark Wilson, CEO, Florida Chamber of Commerce and Harvey Bennett of Florida Tax Watch. Afterwards, I asked lots of questions and received lots of great answers from these individuals regarding your concerns.

At 3:45 p.m. I attended the Panel at the Governors Club on Florida’s Open Government. I 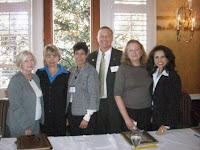 At 6:00 p.m. I attended the evening reception featuring Alex Sink, Chief Financial Officer, State of Florida. She discussed the state of the economy and how Florida and it's local and county governments can be fiscally responsible and successful through these tough economic times. 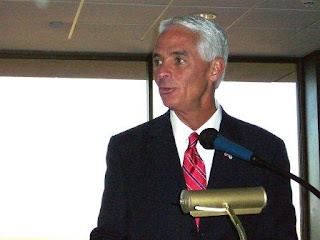 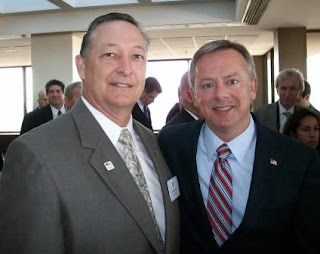 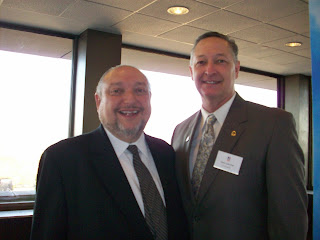 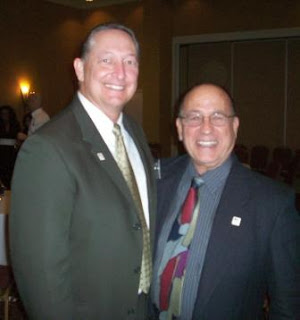 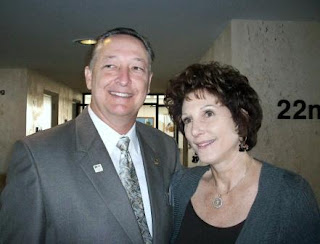 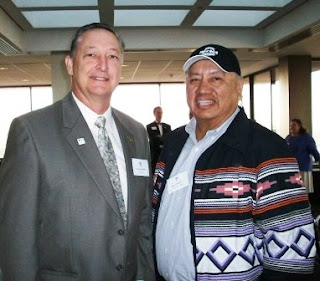 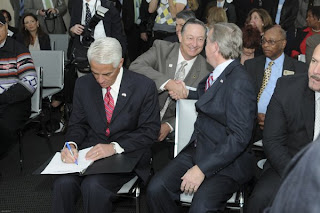 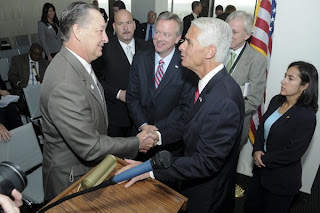 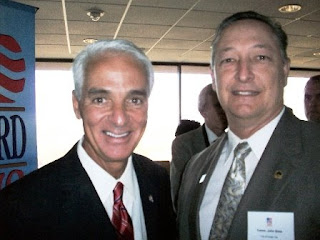 At 9:45 I attended the Senate Governmental Affairs Policy Commitee hearing, which concentrated on balancing the budget, fostering economic growth and job creation, lowering the tax burden on families and businesses, restraining or reducing the growth of government, promoting public safety and educational accountability and protecting Florida's natural beauty and resources. The committee also spent a great deal of time discussing government employee's pension plans, retirement benefits and budgeting. The committee also discussed the Open Government Sunset Review Act which requires the Legislature to review every 5 years, each public rcord and meeting exemption for re-enactment. The commettee also talked about the issue of secret ballots when exercising the right to vote. 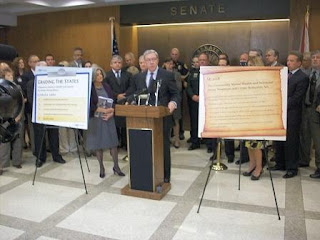 At 11:00 I attended the presentation SB 2018 by Senator Mike Fasano & Secretary George H. Sheldon of the Department of Children and Family Services, which creates the community Mental Health and Substance Abuse Treatment and Crime Reduction Act. The Act provides goals for the community mental health and substance abuse forensic treatment system and requires the DCFS, in consultation with the AHCA, to develop and implement such forensic treatment system. 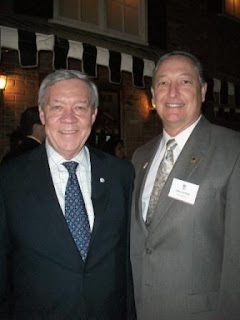 At 11:30 a.m. I went to a sponsored Luncheon at Clyde’s & Costello’s, and discussed Secretary Sheldon's initiatives along with other local issues such as Transportation, Technology and Pre K-12 matters with local elected officials from various parts of Broward County and Florida.

From 3:30 to 6:00 p.m. the Senate Select Committee on Economic Recovery had a hearing mostly on repealing tax exemptions. Rather than attend that hearing since other members of the Cooper City Commission attended, I elected to meet with privately with House of Representatives members Joe Gibbons, Ari Porth, Gwendolyn Clarke-Reed, Hazelle Rogers, Evan Jenne and Martin Kiar, Jim Waldman, Ellen Bogdanoff and Sen. Nan Rich between 1:30 and 5 PM. The issues I discussed with them were the Transportation, Technology and Pre K-12 Education initiatives that the Broward Days committees were instrumental in developing. 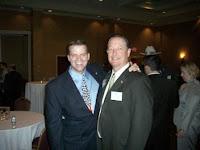 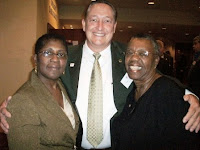 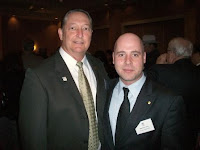 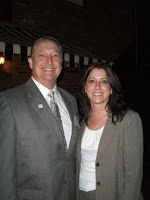 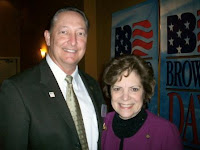 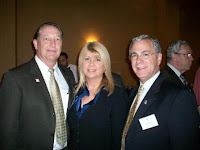 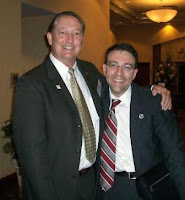 The mission of the Technology team is to educate Members of the Florida State Legislature on issues of importance to the high-tech industry, and demonstrate the critical role that the high tech industry plays in the health and diversification of Florida's economy. The mission of the Pre-K-12 Education Team is to raise public awareness about the lack of adequate funding for Pre-K-12 public education in the State of Florida and to provide holistic solutions to key policymakers, such as the Governor and State Legislature.

also spent a good deal of time between meetings in the afternoon voicing my opposition to SB 0074 (regarding the use of the Term ‘Illegal Alien’, which prohibits the term's use by a state agency or official in an official document of the state) and meeting with Sen. Lawson, Rep. Coley, Rep. Zapata and Sen. Storms staff voicing my opposition to SB 1488, SB 2292, HB 817 and HB 1477. 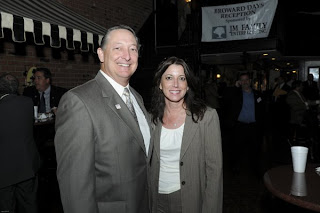 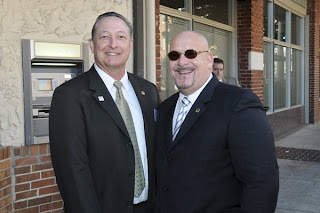 All in all, I had a great and safe trip, and I accomplished and learned alot on behalf of the People of the great City of Cooper City, and Broward County. If you have any questions of would like to convey issues to me or your Senate or House Representatives during the current Legislative Session, please let me know.